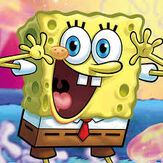 This article is a going through a makeover!

We are trying to fix some problems, add some other things, spice up some templates, so our readers would appreciate.
Please be careful with putting in any kind of information.
If you have any quiestion or suggestion, please contact the head admin.

She is resembled as the true Miriam Forcible, but this one has buttons in her eyes.

In Coraline's adventurous game, she was seen in the second night at the show, where she was playing as Aphrodite.

Retrieved from "https://inkagames-english.fandom.com/wiki/Other_Miriam_Forcible?oldid=28440"
Community content is available under CC-BY-SA unless otherwise noted.